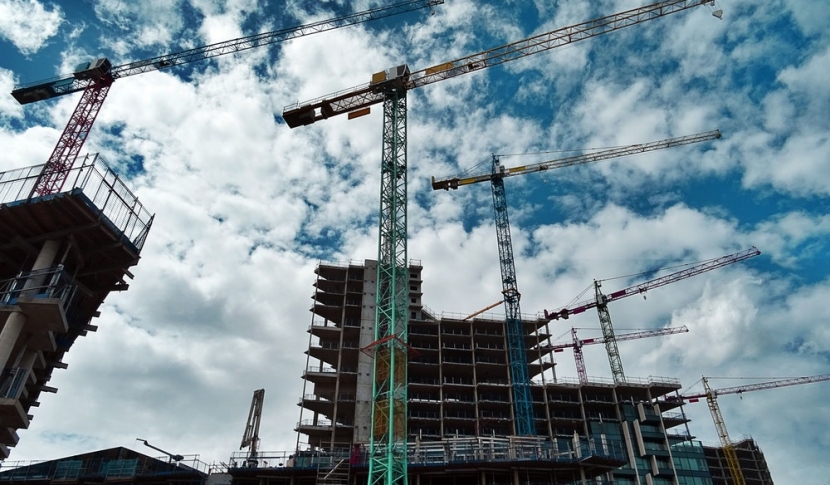 In OPtimizing EDucation Higher Ed Finance by Bob Murphy May 26, 2021

My colleague Dan Hurley posted earlier this week about a major national study that reaffirms the direct role state investment in higher education has in determining student outcomes at public universities. This investment helps draws students to campuses by keeping education affordable and the educational quality high. We talk a lot about yearly operational support payments and state financial aid, but a big part of drawing students to enroll at a campus and then delivering engaging education is the quality of the campus and its facilities. I’m not talking about dorms, cafeterias, or recreation centers, since those are ancillary to the academic missions. Rather, let’s look at just funding for the classrooms, laboratories, and libraries that are effectively maintained and equipped with needed technology (usually referred to as “capital outlay” or the “capital budget”).

States aren’t acting in a vacuum when they make operations and capital outlay operations, however. Students are mobile and will enroll at universities out of state to chase their dreams and educational plans if they don’t feel the quality of campuses in their  home state are up to par. Michigan’s public universities are often compared to their regional and national peers, so as the House and Senate begin their negotiations with each other and with the Executive Branch on the fiscal year 2022 budget, let’s compare Lansing’s higher ed capital funding with that across the Big Lake in Madison, Wisconsin.

Wisconsin Gov. Tony Evers announced back in February a proposed biennial budget for fiscal years 2022 and 2023, much as Michigan Gov. Gretchen Whitmer did, although Michigan has only single year budgets. Gov. Evers recommended over $1 billion in capital outlay projects for the entire university system in his state. Eight of the 13 UW campuses have a proposed largescale project recommended in addition to systemwide lines for minor projects, presumably which would benefit all campuses. For context, the UW system collectively enrolls 165,000 students compared to 271,000 students at the Michigan public universities. This is a far cry in economic development from when Gov. Evers’ predecessor gave away the farm in tax incentives to try to convince a Chinese manufacturer to build a single factory in that state.

Meanwhile, here in Michigan, the FY22 Executive Budget included no recommended capital projects at all for higher education. Project requests were not even solicited from Michigan institutions last fall, as they typically would have been. This is yet another way in which Michigan is not keeping up with the needs of students and faculty and falling behind our competitors around the Great Lakes Region. That’s a billion dollars less investment than our neighboring state in just one or two budget cycles!

Let’s break this comparison down even further. The Wisconsin proposed capital budget mostly funds its billion dollars of proposed projects with $877.9 million in state general fund supported borrowing. Not only does Wisconsin have greater overall project funding, but it’s also almost all state dollars. Here in Michigan, if a university is fortunate enough to receive authorization for a capital outlay project, the state contribution to the project is capped at the lesser of 75% of the total project cost or $30 million. That wasn’t always the case; those caps were instituted at $40 million in 2008 and tightened to $30 million as recently as 2010, according to a Senate Fiscal Agency report from 2015. Inflation has eroded the purchasing power of that cap which has since been unchanged, leaving universities more and more on the hook for what used to be a state responsibility. Even if the original Granholm Administration cap of $40 million had kept up with regular inflation, it would today be $49 million, or 23% higher.

In sum, state legislators and governors want to see their public universities succeed, but the universities need resources in order to attract students and drive student success. We’ve written extensively about the billion dollars in disinvestment in annual state operations payments to universities and state financial aid, but we haven’t talked as much about how Michigan’s investment in capital outlay for its public universities has also withered over the same time frame. Thanks to Wisconsin’s bold budget proposal that looks out for the future of that state, we have a good indicator of how far Michigan is falling behind our regional peers. With this capital outlay recommendation Wisconsin has clearly pivoted to the path of investing in the infrastructure of their public universities, keeping college affordable, and growing their own homegrown talent and away from their recent path of racing to the bottom with tax giveaways. Let’s do the same here.