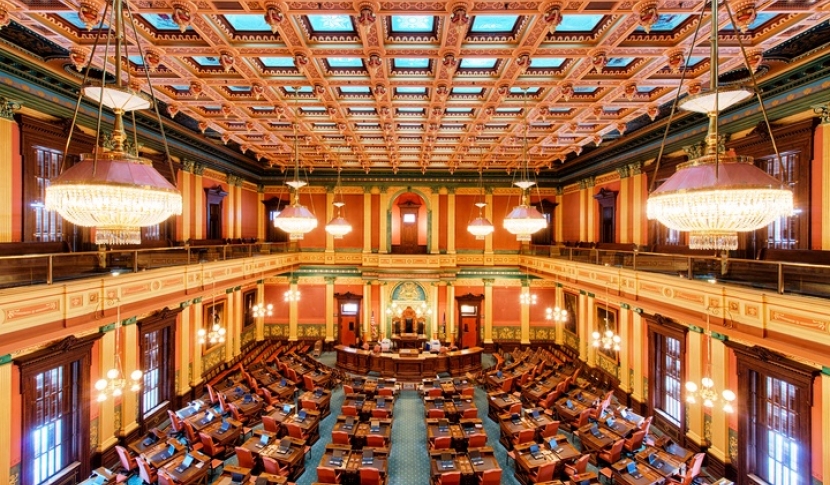 In OPtimizing EDucation Higher Ed Finance by Dan Hurley May 25, 2021

The leaders of Michigan’s 15 public universities and the team here at MASU have long contended that there are real consequences for the state’s disinvestment in higher education over the past twenty years, which has seen a more than 40% reduction in state funding per student. As a result, Michigan has sunk from the 20th to 44th state in the nation for per-capita support for higher education. The stark impact of these funding cuts has recently been vividly reinforced by one of the most comprehensive studies ever conducted on the role state investment (or lack thereof) has on our public universities and the 270,000 students they collectively serve.

The State Higher Education Executive Officers Association (SHEEO) has conducted a systematic review of more than 100 research studies that rigorously measured the impacts of state appropriations to institutions and student financial aid programs on institutional and student outcomes. In its recent announcement of the release of the report, Investigating the Impacts of State Higher Education Appropriations and Financial Aid, SHEEO summarizes the key takeaway: State funding to both institutions and student financial aid has clear and direct impacts on student enrollment patterns, retention and completion rates, and post-college success.

The report highlights the three main impacts of state appropriations to institutions:

David Tandberg, SHEEO senior vice president and a coauthor of the report, sums up the findings succinctly: “For the first time in one place, we present concrete evidence that state funding for institutions is a crucial investment that is absolutely necessary for improving student outcomes. If states continue deprioritizing institutional funding, we will see measurable negative impacts on student enrollment, student completions, and graduation rates. At the same time, we present continued evidence that student financial aid can influence where students enroll and help them graduate on time. Overall, we found that public investment matters for students.”

The top strategy put forth by the report’s coauthors is straightforward: Increase funding to higher education whenever possible.

The Michigan Legislature and Governor Gretchen Whitmer are entering what we hope are the final weeks of deliberations in crafting the state budget for the coming fiscal year, which begins October 1. Gov. Whitmer and the Michigan Senate have recommended a 2% increase for each of the state universities, and the Michigan House of Representatives has passed a budget that is collectively flat but reallocates dollars among the institutions based on resident student enrollment. Against this backdrop is a just-completed forecast showing that the state has a historic $3.5 billion in additional revenues at its disposal for this and next fiscal year.

Meanwhile, our public universities have suffered huge cost increases and lost revenues due to the COVID-19 pandemic. Student enrollments have taken a hit due to the pandemic and were already sliding as a result of our state’s aging population. Yet, of the 50 high-demand, high-wage occupations in Michigan through 2028, 38 minimally require a bachelor’s degree. We need to do everything we can to increase postsecondary education participation rates among Michigan residents, and the chief way to do so is to improve college affordability.

A state’s priorities are reflected in how it allocates its budget. If lawmakers fail to at last turn the tide on two decades of dramatic funding cuts to our public universities, what messages will it send—to students and their families, and Michigan’s employers; those that are already located in the state and those who are considering moving here?

If our state lawmakers come together in the coming weeks and pass a budget that invests in all of Michigan’s public universities, and at a rate that surpasses general inflation, it will send the following messages:

State leaders value and want to invest in the educational, career, and life ambitions of our younger generation and all of or our residents by providing them with greater access to Michigan’s public universities.

State leaders recognize that the talent of Michigan’s workforce is our number one economic asset in our fight against domestic and global competition.

State leaders seek to retain our current employers and recruit new companies reflective of industries that represent the new economy, and investment in our future talent pool is the surest way to make this happen.

State leaders understand that strong publicly supported, affordable, and high-quality universities are among our most important public infrastructure and should be invested in to maximize the impact they have on our economy, our society, our communities, and our fellow Michiganders.

We hope that these are clear messages that will be received by virtually every constituency, as reflected in the final budget agreement.

Daniel Hurley is the Chief Executive Officer of the Michigan Association of State Universities.