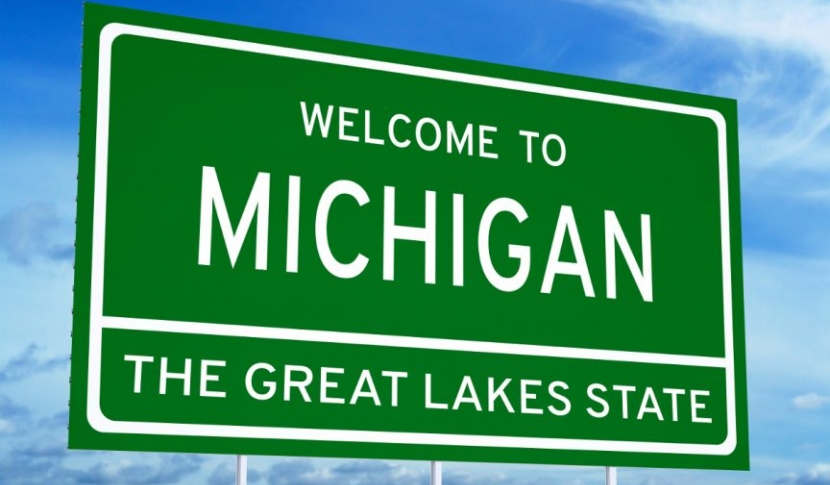 A recently released report produced by Michigan’s Department of Technology, Management and Budget (DTMB) provides insight on the extent to which foreign talent is contributing to Michigan’s economy. At a time of low unemployment, and in light of the steep forthcoming drop in high school graduates and debate of over U.S. immigration policy, the study sheds light on just how important foreign-born residents are to boosting the state’s talent capacity.

Also noteworthy is the variation in where foreign-born Michigan residents predominantly hail from compared to the rest of the U.S. Most of the state’s influx comes from Asia and Europe. Nationally, 51.8% of foreign-born residents are from Latin America; in Michigan, it’s just 18.4%. The top five most common countries of origin of Michigan residents are Mexico, India, Iraq, Canada, and China. Most foreign-born residents of Michigan tend to arrive in the U.S. in their early to late mid-20s, allowing them to contribute to the state’ economy for the vast majority of their working years.

The extent to which this foreign talent is advancing Michigan’s prosperity is illustrated in multiple ways:

Higher Educational Achievement: Of Michigan’s foreign-born residents 25 years of age or older, 34.2% hold at least a bachelor’s degree, a notably higher rate of attainment than the Michigan average of 26.9%. Furthermore, foreign-born residents are more likely to have attained a graduate or professional degree, holding these degrees at a rate of 16.5% versus 10.5% for the state overall. Nearly two-thirds of Michigan’s 630,500 foreign-born residents hold a higher share of degrees in important Science, Technology, Engineering and Math (STEM) fields—a vitally important resource for Michigan’s high-tech industries and for our state universities’ research endeavors. The good-paying STEM and health fields in Michigan are forecasted to experience well-above average job growth in the coming years. Foreign-born Michigan residents are also more frequently pursuing education than the population as a whole. Among 18 to 24 year-olds (prime college age population), 60.8% of foreign-born residents are currently enrolled in postsecondary education, compared to 45.5% among the state’s total population.

Higher Workforce Participation: During the period 2011-2015, Michigan’s foreign-born residents had an unemployment rate two percentage points lower than the statewide average during the same period. Further, foreign-born residents are more likely to be employed in a professional occupation than the statewide average, 34.8% compared to 28.7%. Within professional occupations, these individuals are twice as likely to be employed in computer and mathematical careers, and in architectural and engineering occupations, than the statewide average—fields that no doubt propel many of Michigan’s business and manufacturing sectors. Additionally, at 25.3%, foreign-born residents in Michigan are less likely to be underemployed (possessing skills, knowledge and/or abilities in excess of their current job’s requirements) than the Michigan average of 31.2%.

PRONOUNCED IMPORTANCE IN THE MIDWEST

Michigan is a state that was largely built by both migrants (from elsewhere in the U.S.) and immigrants (from abroad). Immigrants’ contributions in laying the foundation for the state’s industrial prowess, and implications stemming from efforts by the current U.S. administration to curtail immigration are discussed in a recent report [PDF] by the Michigan Economic Center and Global Detroit. Detroit and other Midwestern cities would in no way have witnessed the prosperity throughout much of the 20th Century if it were not for immigrants. As the current national debate over immigration policy ensues, we should be mindful of the lessons from the immigration histories of Detroit and other Midwestern cities; one such set of reflections is offered by the Chicago Council on Global Affairs.

In his summary of the Council’s study, Ronald Brownstein of The Atlantic points out that immigration has been “a demographic lifeline” that has helped several Midwestern cities partially reverse decades of population loss among native-born residents, including Battle Creek, Grand Rapids and Detroit. Indeed, attracting immigrants has become a central economic-development strategy for many Midwest cities; it’s a strategy that will be dealt a blow if current legislation before Congress to cut in half legal immigration is passed.

The states with the most talent (particularly the most persons with a four-year college degree or better) are best positioned to grow and prosper. Such states are better destined to attract and retain employers and those whom they employ. Given Michigan’s aging workforce and a native-born talent pipeline that is numerically insufficient to maintain the state’s economic competitiveness, we must harness the capacities of all those who come to the state—from elsewhere in the U.S. and from around the world. This DTMB state snapshot of Michigan’s foreign-born population serves as a reinforcement of the vital assets these individuals are to Michigan’s future prosperity.

Michigan’s public universities, working hand-in-hand with the state’s employer community and governmental entities at all levels, will continue to leverage talent from abroad. An open and welcoming state, with the kinds of cities that young talent want to live in, is best positioned to retain these valuable assets to our state. This collective effort to harness the full capacity of foreign-born Michigan residents will better portend an enhanced quality of life for all Michiganders.