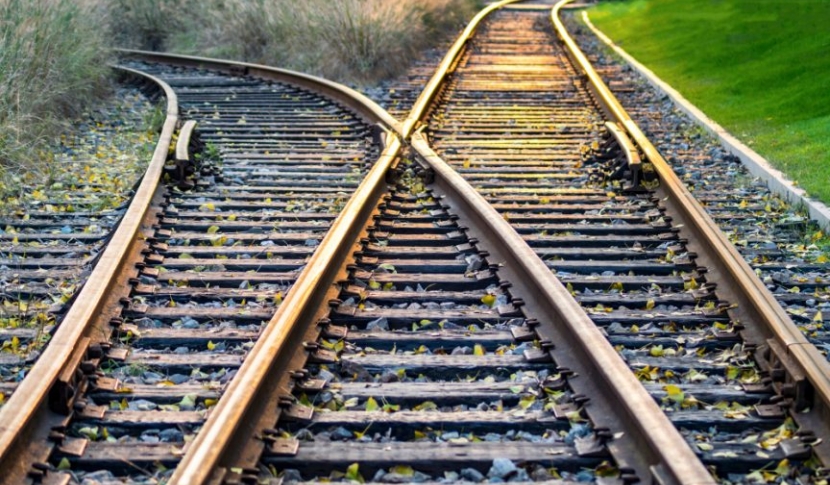 One thing that’s always perplexed me is how drivers occasionally get hit by trains. Trains don’t veer off course. Trains don’t suddenly make a right turn in front of you on your way to the grocery store. Trains just lumber steadily down the track, unable to slow down or speed up very fast. A part of me thinks that if you get hit by a train as a driver, you might have had it coming.

So it’s really unnerving that as Michigan looks out to the next few years, I think I see a train headlight coming for us, and nobody seems very urgent about moving off the tracks.

Last week, Michigan held one of its Consensus Revenue Estimating Conferences (CREC). It was one of the two semi-annual revenue forecasting meetings of the non-partisan civil servants who advise the executive and legislative branches of state government. Renowned economists from the University of Michigan lend their expertise to the state as policymakers hash out an agreement on baseline economic figures that they can build a budget upon.

I worked in the State Budget Office during the Great Recession, so I have a pretty bleak view of what would qualify as a terrible economic forecast. But this wasn’t a great forecast. The state general fund, Michigan’s all-purpose checking account for discretionary funding items, actually had somewhat strong initial revenue projections. But when the cost of the state’s tax cuts, tax credit giveaways, and other monies that have been redirected are totaled up, the net revenue projections are ominous. In the last few years, state lawmakers have cut taxes on personal property (actually a tax on business equipment; the most misleading tax name ever), they’ve diverted general fund dollars to roads instead of raising funds through traditional road fees, and they’ve increased homestead property tax credits. Further, spending on Medicaid continues to skyrocket, both due to new program costs and the federal government shifting burdens onto states.

THAT’S GREAT, BUT WHAT HAVE YOU DONE FOR ME LATELY?

I know you come to OP-ED for numbers, so here’s the most important number in the state’s revenue forecast: there will only be $31.9 million in new general fund revenue for FY2019, which begins this October. A 0.3 percent increase. That’s it. Less than $32 million has to fund most of the new initiatives Gov. Snyder and the Legislature want, in addition to inflationary adjustments. Now, there are other fund sources than the general fund. But for higher education, the general fund and the School Aid Fund are the only game in town for Michigan’s public universities and the 290,000 students they currently serve. The additional $31.9 million in FY2019 general fund dollars, if fully allocated to the state universities, would represent a 2.1% increase of university operations amounts. So if the universities received a mere 2.1% increase (barely above the forecast of 1.9% inflation, incidentally), it would leave nothing for any other budget dependent on general fund.

That is as close to a flat budget as you can reasonably get.

It’s not as if this sudden fiscal cliff was unforeseen. Personal property tax elimination went to the voters in 2014. Medicaid’s growth and fund shifts have been baked into the Affordable Care Act and Michigan Medicaid expansion since both passed in 2010 and 2013, respectively. Homestead property tax credits were restored in the same 2015 legislative package that diverted general funds to roads. State lawmakers knew all this was coming, but rather than look for new revenue or heavily invest in positive return-on-investment areas like higher education, they have sort of stood around waiting for the train to hit the car. And now, as I’ll detail below, the Legislature has decided that it needs to slash revenue and programs even further.

DOUBLING DOWN ON THE CLIFF

I’ve written before on how the values of traditional conservatism align with public higher education. President Glenn Mroz of Michigan Tech wrote a similar piece on how the return on society’s investment in public higher education should delight conservatives. Yet we still hear arguments that government and universities should be budgeted more like family’s budget around the proverbial kitchen table. This is usually poorly-concealed code for budget cuts and spending restrictions, as if the equivalent to eliminating cable and buying generic toilet paper is the key to state financial health. But let’s turn the argument on its head. If a family is sitting around a kitchen table trying to make a budget of $25,000 work for a family of four, it’s not going to happen! You can’t cut your way into success because there are bare minimum costs that exist. Instead, somebody in that family needs a new or better job. More income. More revenue.

The State of Michigan is now that family of four, staring at a meager paycheck, in the form of weak revenue projections. Yet the Legislature’s impulse is to say, well, but we don’t really like working. Let’s try just working three days a week instead of four. Forget working five days a week. And so as I write this, the Michigan House and Senate are having a perverse auction where they are trying to outdo each other on who can cut taxes more in a time of dwindling resources. There goes $271 million in FY2019, for the princely return to the average citizen of $21.25 per year.1 Meanwhile, just this week, the Legislature also overrode Gov. Snyder’s veto of a bill that accelerated an already scheduled tax cut. There went another $300 million.2

Finally, the other breaking news is that Detroit didn’t even make the first cut for Amazon’s proposed second headquarters. The reason? Not enough production and retention of talent in this state. That’s another blog post entirely, but it’s one more external voice reminding Michigan that shortchanging higher education isn’t a winning economic development strategy. Successful states invest in their public universities. Investing in public universities requires revenue, not sprinkling pixie dust in the form of tax cuts Michigan can’t afford. If we don’t realize soon that we have to pay for nice things, well, I hear that train whistle getting louder all the time.