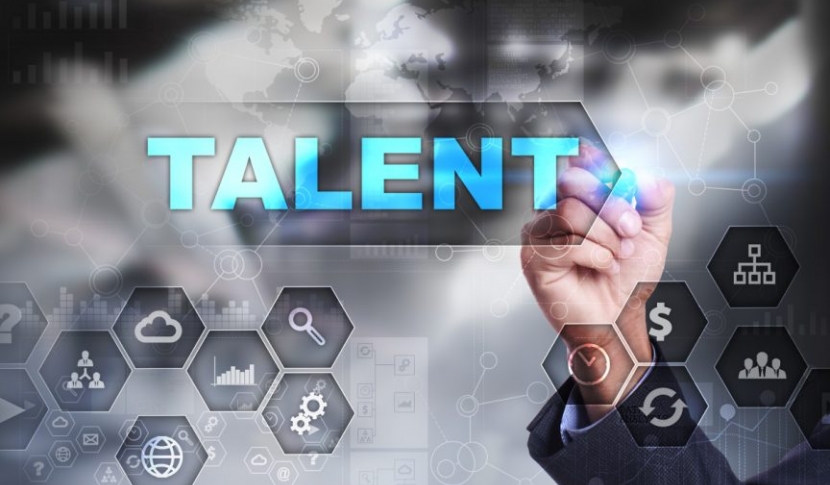 In Educational Attainment May 1, 2017

With a goal of rising incomes for all Michigan households and a broadening of the state’s middle class, Michigan Future, Inc. has presented a state policy agenda that is uniquely forward-thinking in its approach. The think tank’s policy treatise is reinforced by the undeniable transition underway in Michigan, from a state with an industrial past to one that is now giving way to the mega forces of globalization, advanced technologies, and automation. These forces are fundamentally changing the nature of work and are collectively accelerating the destruction and transformation of jobs, occupations and even industries (see: stores, retail).

The primary prescription of the Michigan Future state policy agenda is talent development. “At the core of our agenda for raising Michiganders’ household income is the conviction that human capital is the asset that matters most to individual and state economic well-being,” states the report. Approximately one-quarter of Michigan workers are succeeding well in the transition to a knowledge-based economy, the report’s authors suggest, whereas the other three-fourths are struggling. The primary dividing line between income classes is increasingly one of educational attainment.

PAST IS NOT PRECEDENT

A consistent theme espoused by Michigan Future’s chief evangelist, president Lou Glazer, is that what has made Michigan prosperous in the past will not do so in the future. This point is especially poignant at the moment, in which for the first time in a long time, unemployment rates are low in the state, the domestic auto industry is strong, and the state’s business taxes are among the lowest in the U.S., and yet…personal incomes continue to fall. Over the past 15 years, Michigan has gone from a high-prosperity state to a low-prosperity state. Recent data indicate that the state’s labor market participation ranks 40th, its educational attainment rate (individuals with a two-year degree or more) ranks 32nd, and its per-capital income ranks 32nd.

“The high-paid, low-education attainment jobs that were the backbone of Michigan’s mass 20th Century middle class are gone forever,” states the report. While the facts bear this out, many a policymaker is loath to abandon a return to manufacturing as the state’s future north star for economic resurgence. Michigan will not have a thriving middle class again until it transitions to the knowledge economy; making this transition successful is the path to prosperity in the 21st Century—for individuals and for the state in its entirety.

THE DRIVER OF STATE ECONOMIC PROSPERITY: TALENT, NOT TAX POLICY

States that have low unemployment rates, but also low personal incomes, are not automatically successful. Strong gross state domestic product or business-friendly environments are also not necessarily indicative of, or predictive of, a strong economy. There has been considerable discussion in Michigan and elsewhere about tax policy and tax rates being the lever to instigate economic prosperity. Unfortunately, the quest by policymakers in some states have served well to disprove this argument (see: Kansas & Oklahoma).

It is simply not the case that tax policy—specifically, low tax burden—is the end all, be all policy approach that drives state economic growth. To the contrary, it’s state talent capacity. It involves a dedication to a sense of place in communities throughout a state. And it involves boosting incomes for all, building a broad middle class, in turn reversing the devastating impacts of income inequality in Michigan and throughout the U.S.

By far the most reliable way to raise Michiganders’ living standards is by increasing education attainment. The most reliable path to a good-paying career is attaining a bachelor’s degree or beyond, in both STEM and non-STEM fields. Those who will do the best in a labor market characterized by accelerated creative destruction are those who have the agility and ability to constantly switch jobs, and even occupations. Ladder climbing up one’s career is out. Rock climbing is in. The best safeguards for today’s youth to ensure they are not replaced by machines in the new economy is to acquire a broad-based education, to be adaptable, creative problem-solvers and to communicate with and work well with others.

An intertwined aspect of the Michigan Future state policy agenda is a focus not just on talent development and increasing Michiganders’ educational levels, but also on the need to create communities that are high quality in all aspects. Places attract talent. Talent attracts economic growth.

Think Michigan’s college towns. And this concentrated talent is what attracts high-wage employers. Quality of place is perhaps the most important component of attracting talent. In its policy agenda, Michigan Future also offers strategies for how the state and its regions can retain and attract talent through a heightened sense of place. Among these strategies are creating communities that are welcoming to all, increasing public investments in quality infrastructure, ensuring that basic services are provided, and offering additional amenities that serve as magnets for young talent, families and retirees alike.

TALENT INVESTMENT AS A PRIORITY

Boosting the state’s educational attainment rates will require additional public investment. As the Michigan Future report attests, “…the data show that the states and regions with the most prosperous economies—and the broadest middle class—are those that make the public investments needed to prepare, retain and attract talent. Ultimately it is talent concentrations, not low taxes, that matter most to economic prosperity.” The states with the strongest economies are those that combine high quality education systems and high quality communities that succeed in retaining and attracting talent that is increasing mobile.

While achieving a four-year degree is increasingly vital, “the reality is there is no path back to a rising standard of living for most Michiganders that is not built on a foundation of high-quality education for all children from early childhood through college,” the report contests. Thus, substantially increasing funding for non-affluent children from birth through college is particularly important. The report’s authors assert that the additional revenues generated through taxes, invested strategically, will in turn purchase the best chance of a higher standard of living for all Michiganders.

The extent to which Michigan will be able to reverse a declining standard of living for all residents will depend on its ability to transition to the new economy. Our ability to make the transition successfully will in large part depend on whether the policy prescriptions set forth in Michigan Future’s state agenda are used to guide the way. At its foundation is building the state’s talent capacity and including all who call Michigan home.