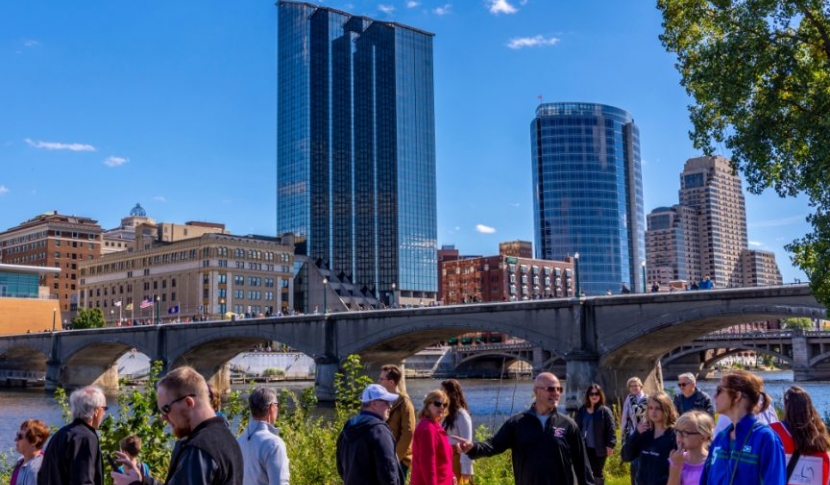 It is clear that talent is the currency of today’s hypercompetitive, global economy. The cities and regions that successfully attract and retain college-educated individuals will reign supreme on measures of economic prosperity.

And the markets that are succeeding in drawing talent are cities that are infused with a culture and the amenities that attract highly educated individuals from across the nation and around the world.

In Michigan, it has been several years since broad, statewide public policy discussions focused on the importance of “cool cities,” a term coined by economist Richard Florida, whose sermon on the correlation between attractive cities and the rise of the creative class first took him through Michigan last decade.

It is thus fortuitous timing, with a new Governor and a cadre of new state lawmakers enthused to move Michigan forward, that a new report tailored to Michigan reaffirms the importance of “place” in our Great Lakes state. The treatise, A Path to Good-Paying Careers for all Michiganders: Creating places across Michigan where people want to live and work, was compiled by the team at Michigan Future Inc., with the support of four foundations who have the betterment of Michigan in their DNA.

The report starts with a premise that cities and regions with high concentrations of people with four-year degrees or more are increasingly magnets for high-wage, high-growth enterprises. Exhibit A: Amazon’s decision to locate its second headquarters in Arlington, VA and Queens, NY—cities that, yes, are high-cost, and high-tax, but are very high on the talent scale—because they are also cities that possess the very assets that the Michigan Future report speaks to.

The report addresses five placemaking policy levers that, if pulled, can greatly optimize Michigan cities as places that attract talent. They are:

Cities from Detroit to Kalamazoo to Marquette are focusing on these talent attraction attributes. Throughout the state, among the areas that exemplify a high quality of place are cities that are home to Michigan’s 15 public universities. Our state university campuses are among Michigan’s greatest assets and which exemplify the features of high-quality placemaking. Among them: remarkable diversity and an inclusive culture; an aesthetic appeal of the landscape and facilities; high-density housing with service, retail, and entertainment amenities embedded and nearby; outdoor attractions in close proximity; and a strong data infrastructure (abundant wireless access). Our university leaders work hand-in-hand with municipal officials in an ongoing quest to enhance both the quality and footprint of the cities in which they reside.

This latest report reinforces that the places with the strongest economies are those that combine high-quality education systems and quality of place that retain and attract mobile talent. The state’s Pure Michigan campaign of recent years has sought to attract people to the state. Our public universities embody many of the features that are touted in the campaign’s appealing visuals. The campuses are part of what makes Michigan Pure, and they hope to be fully leveraged so that the quality of Michigan’s places become only better.