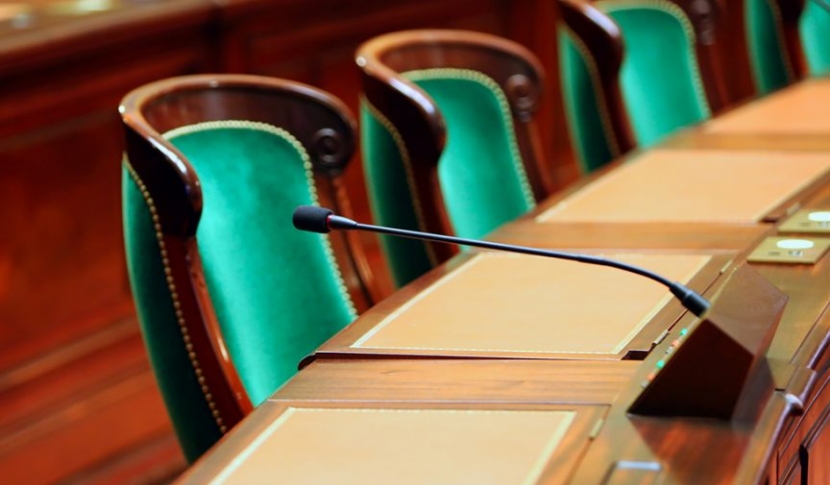 When ITT Educational Services, Inc. announced last month that it was closing all 130 of its ITT Tech campuses, stranding some 45,000 students and 8,000 employees, the company sought to blame the U.S. Department of Education for its excessive regulatory burden and disregard for due process.  The for-profit college chain’s death was portended the month prior when the Education Department began disallowing it from enrolling new students who use federal financial aid. In Michigan, some 1,300 students were displaced by the closure of ITT Tech campuses in Canton, Dearborn, Troy, Swartz Creek and Wyoming. A likely best-case scenario is that the ITT Tech coursework completed by students will be accepted by community colleges, some in Southeast Michigan, which are reaching out with assistance in helping them transfer.

The Education Department’s basis for preventing new students from enrolling came from ITT Tech’s own accreditor, the Accrediting Council for Independent Colleges and Schools (ACICS), itself having determined that ITT was out of compliance with already low quality standards and was not likely to become in compliance any time soon. A mere two weeks later, The Education Department backed a federal panel’s decision to stop recognizing ACICS itself, the nation’s largest accreditor of for-profit colleges, citing its lax oversight. The accreditor oversees 745 colleges that collectively enroll hundreds of thousands of students—many, if not most whom are likely to witness similar fates as those at ITT Tech. In 2015, these institutions took in $3.5 billion in federal financial aid. Further, the collapse of ITT Tech comes on the heels of the closure of Corinthian Colleges last year; at the time the nation’s second largest chain of for-profit schools. Dozens of other for-profit “career colleges” throughout the U.S. have also shuttered in the past couple of years.

It is an industry collapse that needed to happen.

ITT Tech’s demise is the most symbolic yet in a for-profit college industry that is crashing after having ballooned to a $35 billion scam-ridden enterprise. It is crashing under the weight of one of the most fraudulent schemes ever foisted on unwitting consumers (students) and American taxpayers (who are now left holding the bag for billions of dollars in federally-backed student loans). The industry’s modus operandi has been to use hyper-aggressive recruiting tactics to rope in low-income students, veterans, first-generation students and single parents, among other populations, into low-quality, very high priced programs (on average, five times higher than at community colleges), squeezing them of their federal Pell grants, veterans benefits and then, even worse, leading them to take out student loans. Left in the for-profit colleges’ wake are hundreds of thousands of students, many if not most who failed to finish their programs, ill-equipped to increase their earnings, yet who are now saddled with life-long crippling debt with little legal recourse (although this may change). Recently released three-year federal student loan default rates by the Department of Education show that a full 35 percent of the 593,000 borrowers who entered default last year had attended for-profit colleges, despite the fact that the sector only enrolls 10 percent of students.

The downfall of the for-profit college industry is long overdue. It required a relentless and multi-pronged approach by federal agencies—the U.S. Department of Education and the newer Consumer Protection Financial Bureau, selected members of Congress and state attorneys general. The Department of Education has in recent years tightened the screws on a sector rife with unconscionable actors. The schools spent enormous sums on marketing, little on actual instruction, and paid their CEOs upwards of eight-figure salaries (count: e-i-g-h-t!).

Some members of Congress laid bare the corruption interwoven throughout much of the for-profit college sector. Under the leadership of former U.S. Senator Tom Harkin (D-IA) and current Senator Dick Durbin (D-IL), the Senate’s Health, Education, Labor and Pensions (HELP) Committee released a report damning the sector. For a more up-to-date, narrated summary of the sector’s disgrace, watch “A Sub-Prime Education,” which aired in September on PBS’ Frontline series. And for a humorously discomforting take on industry’s penchant for unscrupulously saddling students with ruinous loan debt, check out John Oliver’s therapeutic rant as part of his Last Week Tonight series.

Senators Harkin and Durbin exposed the pervasive fraud among for-profit colleges, and did so despite millions of dollars in lobbying efforts and donations showered upon members of Congress by the colleges themselves and the Career College Association—which in recent years changed its name to the Association of Private-Sector Colleges and Universities—and changed it again to the Career Education Colleges and Universities.

In Michigan, the visible pursuit by the state’s office of the Attorney General of fraudulent practices by for-profit colleges appears to be muted. This could be in part due to the fact that Michigan is fortunate to have comparatively low enrollments in the for-profit college sector. Nevertheless, a top recommendation included in its recently released “Back to School” report, the Michigan League for Public Policy called for assurance that the Michigan Attorney General has adequate enforcement powers as it may involve investigating fraudulent behavior of for-profit colleges and that students have the right to seek redress for violations committed by the businesses.

Despite the real life painful consequences that thousands of now-abandoned students of ITT Tech are facing, the closing of ITT Tech was a long overdue and much-needed policy response. The postmortem on the chain of colleges reveals factors that have for too long been inherent to a for-profit industry resistant to adhering to already low-bar compliance requirements, and unwilling to weed out its bad actors within the sector. These include misrepresentation to consumers, outright fraud and abuse on a mass scale, and a fat taxpayer-fueled revenue stream of federal financial aid that lined the pockets of company CEOs and shareholders, bypassing the classroom and the core activity of instruction itself.

The closure of ITT Tech does not mark the death of the for-profit college industry. In the short term, let’s hope that a host of new colleges with unsavory business practices are not borne out of the wreckage of Corinthian Colleges, ITT Tech campuses and other crashed for-profits, necessitating a continual game of whack-a-mole in shutting down imposter entities. One development to watch is the outcomes that take place as a result of the brokered sale by the Education Department of 53 former Corinthian Colleges to non-profit student debt collection company ECMC, which has no history of running educational enterprises.

In the long-term, incessant multi-pronged scrutiny and regulatory oversight must be put forth by the federal government, states, and whatever becomes of the accrediting bodies that are charged with ensuring minimum quality levels at these businesses. It is ultimately a matter of ensuring consumer protection and integrity of taxpayer dollars. In the meantime, here in Michigan, residents have access to 28 community colleges and several regional public universities throughout the state that offer career-oriented programs at a much lower cost and assuredly at a much higher level of quality than those provided at for-profit colleges.